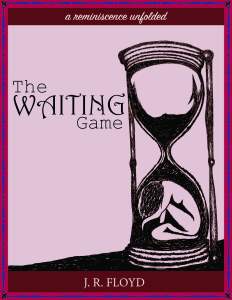 Dear Readers:
“The Waiting Game” details the relationship myths that women hear about through the generations. Women are taught that men are not attracted to strong women, and that a woman’s primary role in society is to get the man and keep him interested. Women have to follow the rules of the game to be successful. Rule one, use prime bait. Rule two, catch the man. Rule three, keep the man no matter what characteristics he possesses. Any rules after that- the men play the rest of the game. Therefore, if this task is not completed—we fail as women.

I am pitching my next idea for a short story contest. Please take a few minutes and read my outline, I will appreciated your comments.

I do not have a title.

Desiree, is 15 when the story begins, the conflict happens when she is 42, which is near the end of the story. A single mother raises Desiree; she has three children by different men. Through a series of tribulations, Desiree tries to overcome following her mother’s example. At sixteen, Desiree gets pregnant by Wallace Evans, he has big plans for his life that do not include a baby’s mother who wants to be a kept women. Wallace leaves her, joins the Army, gets married and moves away, but he financially supports his son Peyton. In the meantime, Desiree continues to live in the project and has a series of hit and run relationships. She gives birth to two more children and in the process liberates herself from living on Public Assistance, by working a part-time job and child support.

Desiree is insecure and she fails in her mission to try to keep a man and establish the family structure she never had. She continues to make the wrong choices when selecting men because she confuses sex with being in love.  She struggles with being a good and providing for her children.  In comes Leslie Lambert, age 55, a wealthy Lawyer, she is white, a lesbian, has no children and never been married. She is attracted to Desiree; however, Desiree is only attracted to the life that Leslie can give her children, so she plays both sides of the fence, until Leslie asks her to make a choice.

Desiree is torn between giving her children the life they deserve, and giving up having a relationship a man.  The other obstacle in the way is her oldest son Peyton he is not comfortable with their living arrangements. The turning point comes when Peyton runs away to live with his father. Desiree stops fighting and finally come to terms with the fact that Leslie is offering her more than any man has…..

Dear readers, I’ve been advised not to have dreams, because they can sometimes turn into nightmares.

Instead, I’m told to set goals, map out a plan to achieve these goals.  I’ve watched some people talk about dreams, or day dream about dreams. Some people dream all their lives, they never wake up to the reality, that a person can keep a desire or an image of a dream in their mind, but if they are not taking the necessary steps, no matter how small to accomplish their hearts desire, than it because just a dream.

Dreams are necessary to Life-Anais Nin

If you’re dating this type of person, a representative, here is something you need to know.

Representatives are people who show up, and portray the role of the ideal mate; or in the words of my son, ” the one this just right  for you.” This person can be a man or woman, presenting themselves as the quintessential person to have a romantic relationship with. They exhibit qualities that can woo the best of us.

The problem with these representatives is that their intentions are wrong, and they are not who they say they are. Their primary goal is to mislead, scheme, deceive, breakdown, and destroy their victims, while pretending to engage in a meaningful relationship. when these representatives have accomplished their mission, they move on leaving behind a path of emotional and financial bankrupt people; who have no idea until it’s too late that they’ve been bamboozled by a Representative 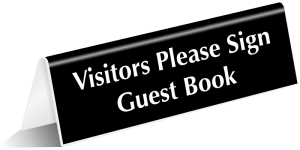 Greetings from the Mad Dater, There is no dating news to report, but I do have this to say.

Have you ever found yourself in a relationship with a visitor? Meaning, a person who shows up like a guest. The visitor, will claim to be committed to the relationship, but not as a full-time partner. The visitor, will make an appearance only when the time is convenient for them. Dating a visitor is like being at a pit stop; they will come through to have their needs attended to, and before you can blink they are gone.

Question, How many times have you heard this, ” Don’t make a promise you can’t keep.”

It’s  a common belief that, when people make a promises, they do so with good intentions. It’s their way of say, ” Trust me, I won’t let you down.” However, when the promise contract is broken, the promise keeper is labeled a liar , and is said to be a person that cannot be trusted.  A broken promise can cause emotional damage that sometimes can’t be repaired.  In life sometimes things happen that are beyond our control. But, when a person fails to keep a promise, due  to lack of concern for the person on the receiving end of that promise; in their eyes the promise turns into a lie.

Dear readers, something to ponder on this lazy Sunday.

The scares are visible, the pain comes and goes, but the memories are still there. I hope this helps someone to get help, get out and heal

This article is in honor of the women who came before me and the ones after me.

I had blinders on. I wasn’t blinded by love just pure ignorance. My mother never whispered words of warning about the “wolves in sheep’s clothing”, nor did I see the “proceed with caution sign”. I describe my experience with domestic violence, as being in the Twilight Zone, during that period of time nothing seemed real, it felt like it was staged. Although my wounds have healed, my heart is mended and my spirit restored; I think about the women who did not make it out and are still knee deep in the grips of the terror of domestic violence. My story is one of hope, desire and rebirth.

The Face in My Mirror

I woke up that morning as I did every morning, feeling like I had been drinking all…

Row, Row, Row your boat. Gently down the stream.

Dear readers something to think about.

THE COWARD HAS A DREAM, THE BRAVE MAN HAS A VISION.

What others are reading

Thoughts on anything related to the science of well-being, especially from the perspective of positive psychology

Straight from the heart

A Minute with Melissa

A Small Girl with a Big God

Changing the world one word at a time

Life is just a story. And I've got a pen.

I am more than breath & bones.

Bridging the gap between mere existence and true life.

Choose health everyday - Do it for YOU!

If you have experienced betrayal trauma, you know how isolating and distressing it can be. We want to offer support so you feel less alone, and more able to cope with the chaos and the pain.