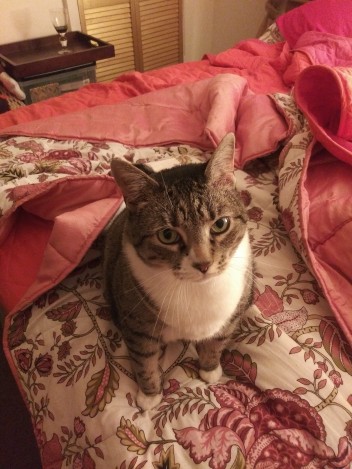 Have you noticed an increasing  number of couples who are Shacking Up? Shacking up is not a prerequisite to marriage.

“Marriage has lost its importance in today’s society.”  There are many reasons why this statement is true. One key factor is that the old fashion ( baby boomer) values towards marriage has been replaced with modern ( millennial) thinking; and society no longer frowns upon couples who cohabitate  ( live in sin).

There are some pros and cons to shacking up , such as getting to know one another before marriage, testing the waters so to speak. Others do it for financial convenience. Women of this generation put off marriage because of the educational and employment opportunities available to them, which give them a sense of being self sufficient,

Males on the other hand, reject ” settling down” in fear of losing their freedom. Men often compare how their marriage will be based on what they observe their married friends struggle through. Most women except the arrangement of living with their boyfriend in hopes of getting closer to marriage. This is referred to as ” the Waiting Game” a subject I address in my new book.

Men enjoy cohabitation because it allows them to experience being a husband without having to ” put a ring on it.” However, the longer men shack up the more likely he will feel pressured to tie the knot. There is also outside pressure from friends, family, cultural  and religious beliefs  for couples to get married. Most parents who are married are uncomfortable with the idea of their children making the choice to shack up, instead of committing to each by getting married.

I could go on and on about the pros and cons of cohabitation, ultimately, it is the couples choice to do what is right for them.

What others are reading

The One Where She Stumbled Through Her 40's

Editing your life to make more room for Christ.

Find The Best Fitness & Beauty Tips And Ideas For Your Lifestyle

"With words, I give my thoughts life."

The flight of tomorrow

If not now, then when?

A Little Bit Of Everything...

Writing to Inspire, Motivate, and to help finding Hopes

I Know I Made You Smile

You are an important nexus of energy